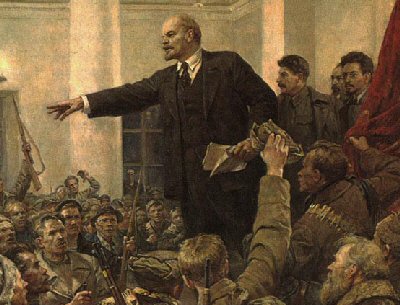 We do not regard Marx’s theory as something completed and inviolable; on the country, we are convinced that it has only laid the foundation stone of the science which socialists must develop in all directions if they wish to keep pace with life.

If democracy, in essence, means the abolition of class domination, then why should not a socialist minister charm the whole bourgeois world by orations on class collaboration?

In the beginning we had to teach the workers the ABC, both in the literal and in the figurative senses. Now the standard of political literacy has risen so gigantically that we can and should concentrate all our efforts on the more direct Social-Democratic objectives aimed at giving an organised direction to the revolutionary stream.

That today, when the wave has ebbed, there remain and will remain only real Marxists, does not frighten us but rejoices us.

2) There is definitely no difference in principle between the phenomenon and the thing-in-itself, and there can be no such difference. The only difference is between what is known and what is not yet known. And philosophical inventions of specific boundaries between the one and the other, inventions to the effect that the thing-in-itself is “beyond” phenomena (Kant), or that we can and must fence ourselves off by some philosophical partition from the problem of a world which in one part or another is still unknown but which exists outside us (Hume) — all this is the sheerest nonsense, Schrulle, crotchet, invention.

3) In the theory of knowledge, as in every other branch of science, we must think dialectically, that is, we must not regard our knowledge as ready-made and unalterable, but must determine how knowledge emerges from ignorance, how incomplete, inexact knowledge becomes more complete and more exact.

(1913: The Three Sources and Three Component Parts of Marxism)

Capital, created by the labour of the worker, crushes the worker, ruining small proprietors and creating an army of unemployed.

(1913: The Three Sources and Three Component Parts of Marxism)

Philosophical idealism is only nonsense from the standpoint of crude, simple, metaphysical materialism. From the standpoint of dialectical materialism, on the other hand, philosophical idealism is a one-sided, exaggerated, development (inflation, distension) of one of the features, aspects, facets of knowledge, into an absolute, divorced from matter, from nature, apotheosised.