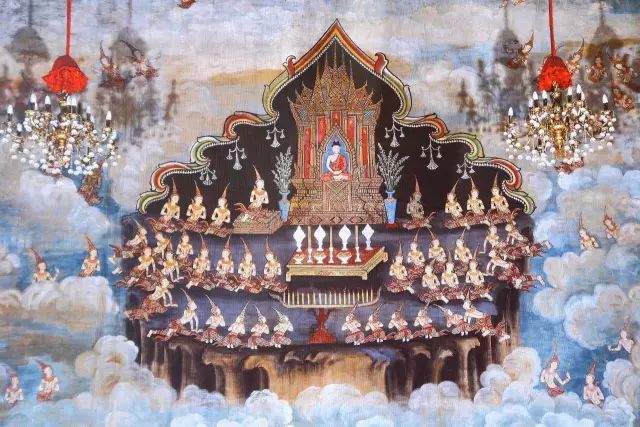 ‘The Abhidhamma teaching in the Dhammasangani, the focus of Ven. Nyanaponika’s essays, might be discussed in terms of three interwoven strands of thought: (1) an underlying ontology framed in terms of bare ontological factors called dhammas; (2) the use of an “attribute-matika,” a methodological list of contrasting qualities, as a grid for classifying the factors resulting from ontological analysis; and (3) the elaboration of a detailed typology of consciousness as a way of mapping the dhammas in relation to the ultimate goal of the Dhamma, the attainment of Nibbana. The first two strands are shared by the Theravada and Sarvastivada systems (though with differences in the details) and might be seen as stemming from the original archaic core of Abhidhamma analysis. The third strand, the minute analysis of consciousness, seems to be a specific feature of the Pali Abhidhamma and thus may have evolved only after the two traditions had gone their separate ways.

The theory as such is not articulated in the Abhidhamma Pitaka, which rarely makes explicit the premises that underlie its systematizing projects, but comes into prominence only in the later commentarial literature, particularly in the commentaries to the Abhidhamma manuals. Succinctly stated, this theory maintains that the manifold of phenomenal existence is made up of a multiplicity of “thing-events” called dhammas, which are the realities that conceptual thought works upon to fabricate the consensual world of everyday reality. But the dhammas, though constitutive of experience, are distinctly different from the gross entities resulting from the operations of conceptual thought. Unlike the persisting persons and objects of everyday reality, the dhammas are evanescent occurrences, momentary mental and physical happenings brought into being through conditions – with the sole exception of the unconditioned element, Nibbana, which is the one dhamma that is not evanescent or subject to conditions.

Having reduced the entire manifold of experience to a procession of impersonal thing-events, the Abhidhamma sets about to classify them according to a scheme dtermined by the guiding ideals of the Dhamma. The attribute-matika is announced at the very beginning of the Dhammasangani and serves as a preface to the entire Abhidhamma Pitaka. It consists of 122 modes of classification proper to the Abhidhamma system, with an additional forty-two taken from the sutras. Of the Abhidhamma modes, twenty-two are triads (tika), sets of three terms used to clarify the fundamental factors of existence; the other hundred are dyad (duka), binary terms used as a base for categorization. The triads include such sets as states that are wholesome, unwholesome, indeterminate; states associated with pleasant feeling, with painful feeling, with neutral feeling; states that are kamma results, states productive of kamma results, states that are neither; and so forth. The dyads include roots, not roots; having roots, not having roots; conditioned states, unconditioned states; mundane states, supramundane states; and so forth. Within these dyads we also find the various defilements: taints, fetters, knots, floods, bonds, hindrances, misapprehensions, clingings, corruptions. The matika also includes forty-two dyads taken from the sutras, but these have a different character from the Abhidhamma sets and do not figure elsewhere in the system.

3) The Typology of Consciousness

The Buddhist map makes no mention of neuroses, complexes, or fixations. Its two poles are bondage and liberation, samsara and Nibbana, and the specific features it represents are those states of mind that prolong our bondage and misery in amsara, those that are capable of leading to mundane happiness and higher rebirths, and those that lead out from the whole cycle of rebirths to find deliverance in Nibbana. The Dhammasangani shows that the entire domain of consciousness in all its diversity is bound into an orderly cosmos by two overarching laws: first, the mundane moral law of kamma and its fruit, which links mundane wholesome and unwholesome states of consciousness to their respective results, the fruits of kamma, the latter included in the class of indeterminate consciousness. The second is the liberative or transcendent law by which certain wholesome states of consciousness – the supramundane paths – produce their own results, the four fruits of liberation, culminating in the attainment of Nibbana.’

‘Dependent Origination in the Abhidhamma