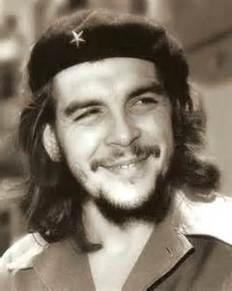 Silence is argument carried out by other means.

The life of a single human being is worth a million times more than all the property of the richest man on earth.

Our youth must always be free, discussing and exchanging ideas concerned with what is happening throughout the entire world.

If you tremble with indignation at every injustice then you are a comrade of mine.

At the risk of seeming ridiculous, let me say that the true revolutionary is guided by a great feeling of love. It is impossible to think of a genuine revolutionary lacking this quality.

I am not a liberator. Liberators do not exist. The people liberate themselves.

I am not interested in dry economic socialism. We are fighting against misery, but we are also fighting against alienation. One of the fundamental objectives of Marxism is to remove interest, the factor of individual interest, and gain, from people’s psychological motivations. Marx was preoccupied both with economic factors and with their repercussions on the spirit. If communism isn’t interested in this too, it may be a method of distributing goods, but it will never be a revolutionary way of life.

There is no other definition of socialism valid for us than that of the abolition of the exploitation of man by man.

Each spilt drop of blood, in any country under whose flag one has not been born, is an experience passed on to those who survive, to be added later to the liberation struggle of his own country. And each nation liberated is a phase won in the battle for the liberation of one’s own country.

Democracy cannot consist solely of elections that are nearly always fictitious and managed by rich landowners and professional politicians.

There are no boundaries in this struggle to the death. We cannot be indifferent to what happens anywhere in the world, for a victory by any country over imperialism is our victory; just as any country’s defeat is a defeat for all of us.

If my final hour finds me under other skies, my last thought will be of this people and especially of you.

One has to grow hard but without ever losing tenderness.

The merit of Marx is that he suddenly produces a qualitative change in the history of social thought. He interprets history, understands its dynamic, predicts the future, but in addition to predicting it (which would satisfy his scientific obligation), he expresses a revolutionary concept: the world must not only be interpreted, it must be transformed. Man ceases to be the slave and tool of his environment and converts himself into the architect of his own destiny.

Democracy is not compatible with financial oligarchy, with discrimination against Blacks and outrages by the Ku Klux Klan, or with the persecution that drove scientists like Oppenheimer from their posts, deprived the world for years of the marvelous voice of Paul Robeson, held prisoner in his own country, and sent the Rosenberg's to their deaths against the protests of a shocked world, including the appeals of many governments and of Pope Pius XII.

Mass struggle was utilized throughout the war by the Vietnamese communist party. It was used, first of all, because guerrilla warfare is one expression of the mass struggle. One cannot conceive of guerrilla war when it is isolated from the people. The guerrilla group is the numerically inferior vanguard of the great majority of the people, who have no weapons but express themselves through the vanguard.

Justice remains the tool of a few powerful interests; legal interpretations will continue to be made to suit the convenience of the oppressor powers.

The state sometimes makes mistakes. When one of these mistakes occurs, a decline in collective enthusiasm is reflected by a resulting quantitative decrease of the contribution of each individual, each of the elements forming the whole of the masses. Work is so paralyzed that insignificant quantities are produced. It is time to make a correction.

In capitalist society individuals are controlled by a pitiless law usually beyond their comprehension. The alienated human specimen is tied to society as a whole by an invisible umbilical cord: the law of value. This law acts upon all aspects of one's life, shaping its course and destiny.

I think the place to start is to recognize the individual's quality of incompleteness, of being an unfinished product. The vestiges of the past are brought into the present in one's consciousness, and a continual labor is necessary to eradicate them.