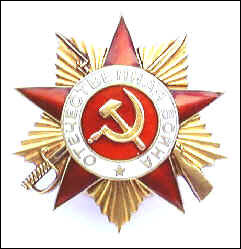 2) Membership of the RSC incorporates the Oxford Collective, but remains strictly exclusive.

3) The RSC decides both the general and the specific direction of the BMA (UK).

4) The membership details of the RSC are both private and confidential.

5) The constituent membership of the RSC may change over-time as new candidates arrive, and old hands retire.  This process does not affect the day to day running of the BMA (UK), or its preferred ideological direction.

6) Candidates for RSC membership must possess advanced academic knowledge in the fields of Classical Marxism and early and latter Buddhism, and must submit to a probationary period (the length of which is to be decided), so as to ascertain their ideological fitness for this task.

7) Members of the RSC possess a mature political outlook, and a secure philosophical perspective.

8) The RSC is committed to revolutionising society through education, and believes that Classical Marxism and early Buddhism share an identical emancipatory philosophy.

9) The RSC membership follows a clear ideological line and does not deviate from it.  This line is not open for debate, and all RSC members understand it exactly.

10) The RSC membership works to free the international working class from their chains of oppression, by initiating a Communist Revolution across the world, and the transition into a Socialist Society.

11) The Emblem of the RSC is the depiction of the silver medal established in the Soviet Union on May 20th 1942, and which carries the Russians words ‘ОТЕЧЕСТВЕННАЯ ВОЙНА’.  These words translate into English as ‘Great Patriotic War’, and reflect the eternal battle between the Bourgeoisie (ignorance) and the Proletariat (wisdom).

12) The RSC may be contacted (in the first instance) via the ‘Email’ facility on the main BMA (UK) website, or through the BMA (UK) Facebook.