The Dhammapada as the ‘Original’ Vinaya Discipline 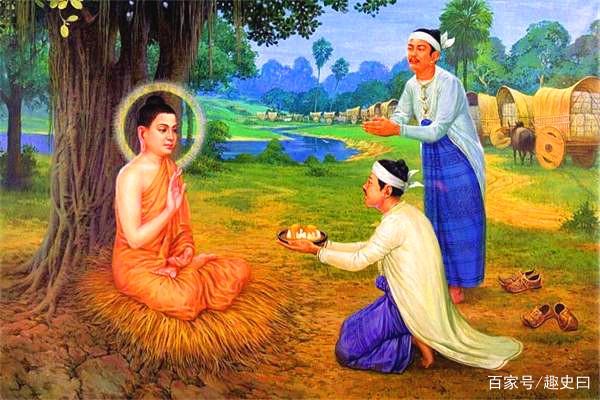 ​‘The oldest account of the history of the Order after Buddha’s death is in the last two chapters of the Cullavagga of the Vinaya, which give the history of the first and second Councils... It has been mentioned that when the news of Buddha’s death was brought to Kassapa the Great and his monks, one of them, Subhadda, expressed his satisfaction that they were now free from the restraint of Buddha’s authority. It is this incident which the Cullavagga says was the occasion of Kassapa proposing that there should be a recital of the Dhamma and the Vinaya...

The day before the assembly Ananda strove far into the night to attain complete enlightenment, and succeeded at dawn. Kassapa on the motion of the assembly first questioned Upali on the Vinaya, asking where the first rule was promulgated, concerning whom, the subject of it, and other details, and so on throughout the Vinaya. These details are what one who learns the Vinaya is expected to know, and they are inserted here on the assumption of the compiler that the whole arrangement and method of reciting was as he himself knew it. In the same way Ananda was questioned about each sutta of the Dhamma, and beginning with the Digha he recited the five Nikayas.

Ananda then informed the assembly that the Lord had told him that if the Order wished, it might revoke the lesser precepts. But Ananda had forgotten to ask which these were, and the assembly decided to retain the whole. Ananda was blamed for his forgetfulness, and had to confess it as a fault.’
​
Edward J Thomas: The Life of the Buddha as Legend and History, Kegan, (1931), Pages 165-166
Author’s Note: The Vinaya Discipline is thought by many to convey the developmental ‘essence’ of the Buddha’s methodology. Indeed, Master Xu Yun (1840-1959) succeeded in convincing the ‘New’ Chinese Government to integrate the Vinayapitaka into that country’s system of Secular Law in the early 1950s, so that it became a legal requirement for Buddhist monastic to ‘uphold’ the Discipline of the Buddha (and behave correctly). This move automatically strengthened the Ordained Sangha and acted as a disincentive to all those who thought joining the Ordained Sangha was an easy life used to escape responsibility and effort in the world. Furthermore, Master Xu Yun was of the opinion that the Buddha’s ‘Dharma’ was considered only transmitted to China from India only as long as a Buddhist Ordained Sangha continued to function and adhere to the Vinaya Discipline (not following the Vinaya Discipline, Master Xu Yun ascribed to the corruption of the ‘Dharma-Ending Age’). Although the Buddha maintained that his method was the pre-eminent ’Dharma’, the Vinaya Discipline slowly developed over a 45-year period as a means to settle disputes and maintain inner and outer order in the Buddhist lay and Ordained community. As important as the Vinaya Discipline became, logic and reason dictate that the Buddha’s ‘original’ message did not include the Vinaya Discipline (which did not yet exist), and must have relied on another set of teachings. The Buddhist Sutta (as well as the poems of the Therigatha and Theragatha) record that it was the wisdom of the Dhammapada Sutta which acted as the first Buddhist guide to morality, and that the line between Ordain monastics and lay-practitioners was not that clearly distinguished in the Buddha’s early days.
ACW (5.3.2020)
‘The Buddhist Sangha existed originally as a sect of the Parivrajaka community of the sixth century B.B., and it rested on the basis of a common Dhamma and had at first no special Vinaya of its own. It is impossible to say at what point of time, but certainly very early in history, the sect of the Buddha, the Catuddisa Bhikkhu-sangha (Sangha of the Four-Quarters),. Devised an external bond of union: it was called Patimokkha. This Patimokkha seems to have been something quite different from what the term imports to us now. In the Mahapadana Suttana the idea occurs to Vipassi, while staying at Bandhumati, of asking the Bhikkhu living there to go on preaching missions and re-assemble at Bandhumati after every six years “to recite a Patimokkha”. The Patimokkha of this legend, however, is something totally different from the Patimokkha we know of. It consists, as described in the Suttana, only of a few hymnal verses which we find incorporated in the Dhammapada. The recital of the following verses constitutes the Patimokkha:

The Buddhas call patience the highest penance, long-suffering the highest Nirvana; for he is not a mendicant who strikes others, he is not a Samana who insults others. This is the Rule of the Buddhas: abstinence from all sins, the institution of virtue, the inducement of a good heart.’
​
Sukumar Dutt: Early Buddhist Monachism, Asia, (1960), Pages 70-71

Although some believe that Buddhism was designed from its very beginnings as a monkish discipline with only a nodding acquaintance with the laity, this cannot be the case from the logical position of historical analysis. Of course, when viewed from the position of certain developed Buddhist schools in the modern era, this certainly seems to be the case, but such an assumption presumes that contemporary Buddhism directly reflects Early Buddhism, and emerged fully developed from the Buddha’s mouth and was preserved in this pristine state down to the modern era. This position, where it is assumed, is not correct. Buddhism during the Buddha’s life time was very different in manifestation to its numerous (and diverse) manifestations today. This changing and evolving situation is preserved to a certain extent within the Buddhist texts themselves, which record that the Buddha’s earlier disciples were ‘sramanas’ (ascetic toilers), ‘parivrajakas’ (wandering religious mendicant), ‘tree-root dwellers’ (rukkhamulik'anga) and other types of home-leavers common in the Buddha’s day and certainly not unique to his school. Many followed the well-established Brahmanic traditions of renouncing life at certain decreed stages of ageing, or far younger people who actively rejected Brahmanic tradition (like the Buddha), and set out on their own to find inner reality by abandoning the outer forms of human society (premised upon politics, commerce, established religion and war, etc). Nevertheless, the Pali Suttas record that the Buddha also welcomed both lay-men and women from any caste, as his movement rejected the Brahmanic view of the cosmos. These people not only practiced at home, but are also recorded as realising full enlightenment. Indeed, the Buddha clearly states that there is no difference between a lay-person who has realised enlightenment and a Buddhist monk (later known as ‘bhikkhus’ or ‘beggars’) who have also realised enlightenment. The hundreds of rules governing the inner and outer behaviour of Buddhist monks and nuns (preserved in the Vinayapitaka) and its commentaries (Abhidhamma) developed over the Buddha’s teaching career of 45 years, and did not exist in the early decades. This means that the well-known ‘triple gem’ of taking refuge in the Buddha, the Dharma and Sangha did not exist until probably late in the Buddha’s life, or was even instituted after his death. The Pali Suttas record that in those early days, the new followers took refuge only in the ‘Buddha’ (their ‘guru’ or ‘dispeller of darkness’), and the ‘Dharma’, or the Buddha’s verbal teaching which was assumed to possess the power to free all beings from the suffering inherent in the insubstantiality of existence. As no formal ‘Sangha’ of Ordained and Devout Buddhist monks and nuns existed, new converts were not yet able to seek protection from such an institute’s wisdom and experience. A Sangha Establishments needs decades to form, take shape and solidify, and this is exactly the path the Buddha’s Sangha took in its development.

Even so, just prior to his death, the Buddha stated that they so required, the community of Buddhist monks and nuns could ‘abolish’ the Vinayapitaka as it was never the Buddha’s intention to develop a worldly institution. The Buddha reiterated that it is the ‘Dharma’ which is the most important aspect of his teaching, more important than his personage, or his community of monastics. These facts re-orientate the Buddha’s message to one of universalism that embraces by ‘lay’ and 'cloistered’ spiritual practice, with an equal weight (or ‘worth’) placed on both manifestations. Looking for a permanent ‘inner peace’ (a true ‘monasticism’) could be practiced by anyone, in any situation. In many ways the Buddha’s approach to spiritual freedom mirrors that of Gnosticism or Neo-Platonism, whereby the physical world (and its perception) is viewed as ‘flawed’ in its natural state, and is ‘transcended’ through traversing an inner path of strict meditational development. Until this egress is achieved, or so the Buddha suggests, the average person is doomed to continuously ‘repeat’ cycles of existence (in any life form) that are suffering-inducing from birth to death. Rebirth only comes to an end in the Buddha’s System, when Perfect Enlightenment is achieved. Then, and only then, is the concept of ‘rebirth’ understood to be an illusion.

With the development of different Buddhist schools, particularly after the development of a formal Sangha, the Dhammapada was relegated to the status of ‘just another Sutta’, and hidden within the thousands of others. The problem for these schools, particularly the Theravada, was that the Dhammapada, as a very old Pali Sutta, was not developed during the (later) Mahayana period, despite the fact it tended to contradict the ‘orthodox’ view of what Buddhism was as defined by the monkish schools. This ‘difference’ in interpretation could not be blamed on a corruption of the text, or on an outside influence, and reminded those who were developing a dominating dogma that their ideology was often contradicted by the Dhammapada (and other Buddhist texts). The Buddha’s definitions, as contained in the Dhammapada, not only guided the earliest Buddhist practitioners – both lay and monastic – but have a distinctly ‘tantric’ feel to their understanding that appears less one-sided than the Vinayapitaka as it exists today (regardless of its usefulness as a ‘purifier’ of practitioners).
‘Thus the whole Khaggavisana Sutta, with its refrains Eko care khaggavisanakappo (Let him wander alone like a rhinoceros), is devoted to the exaltation of the ideal of a solitary.

The same ideal is extolled in the Sariputta Sutta, in which the Bhikkhu “who is loth of the world and affects an isolated seat or the root of a tree or a cemetery or who lives in the caves of the mountains” is extolled. In several hymns of the Dhammapada and the Therigatha, this exaltation of eremitical aloofness from the society not only of householders, but also of other Bhikkhus:

“Him I call indeed a Brahmana who keeps aloof both from lay men (householders) and from mendicants (the homeless), who frequents no houses and has but few desires.”

Again, the ideal extolled in the following hymn has nothing to differentiate if from the ideal of a Brahmanical ascetic or Sannyasin:

“The man who wears dirty raiments, who is emaciated and covered with veins, who lives alone in a forest, and meditates, him I call indeed a Brahmana.”
Unsocial life is again emphasized in the following:

”It is better to live alone; there is no companionship with a fool; let a man walk alone, let him commit no sin, with few wishes, like an elephant or a boa in the forest.”

“He alone who, without ceasing, practises the duty of sitting alone and sleeping alone, he, subduing himself, will rejoice in the destruction of all desires alone, as if living in a forest.”