Mao Zedong - Do Not Be Selfish 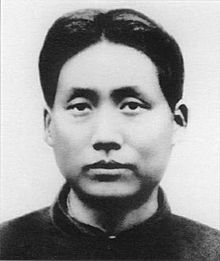 When dark clouds appeared in the sky, we pointed out that they were only temporary, that the darkness would soon pass and the sun break through.

It is not hard for one to do a bit of good. What is hard is to do good all one's life and never do anything bad, to act consistently in the interests of the broad masses, the young people and the revolution, and to engage in arduous struggle for decades on end. That is the hardest thing of all!

Knowledge is a matter of science, and no dishonesty or conceit whatsoever is permissible. What is required is definitely the reverse - honesty and modesty.

Complacency is the enemy of study. We cannot really learn anything until we rid ourselves of complacency. Our attitude towards ourselves should be "to be insatiable in learning" and towards others "to be tireless in teaching".

Some people have read a few Marxist books and think themselves quite learned but what they have read has not penetrated, has not struck root in their minds, so that they do not know how to use it and their class feelings remain as of old. Others are very conceited and having learned some book-phrases, think themselves terrific and are very cocky; but whenever a storm blows up, they take a stand very different from that of the workers and the majority of the peasants. They waver while the latter stand firm, they equivocate while the latter are forthright.

We can learn what we did not know.  We are not only good at destroying the old world; we are also good at building the new.

Be resolute, fear no sacrifice and surmount every difficulty to win victory.

In opposing subjectivism, sectarianism and stereotyped Party writing we must have in mind two purposes: first, "learn from past mistakes to avoid future ones", and second, "cure the sickness to save the patient". The mistakes of the past must be exposed without sparing anyone's sensibilities; it is necessary to analyse and criticize what was bad in the past with a scientific attitude so that work in the future will be done more carefully and done better. This is what is meant by "learn from past mistakes to avoid future ones". But our aim in exposing errors and criticizing shortcomings, like that of a doctor curing a sickness, is solely to save the patient and not to doctor him to death. A person with appendicitis is saved when the surgeon removes his appendix. So long as a person who has made mistakes does not hide his sickness for fear of treatment or persist in his mistakes until he is beyond cure, so long as he honestly and sincerely wishes to be cured and to mend his ways, we should welcome him and cure his sickness so that he can become a good comrade. We can never succeed if we just let ourselves go and lash out at him. In treating an ideological or a political malady, one must never be rough and rash but must adopt the approach of "curing the sickness to save the patient", which is the only correct and effective method.

If we have shortcomings, we are not afraid to have them pointed out and criticized, because we serve the people. Anyone, no matter who, may point out our shortcomings. If he is right, we will correct them. If what he proposes will benefit the people, we will act upon it.

We must not become complacent over any success. We should check our complacency and constantly criticize our shortcomings, just as we should wash our faces or sweep the floor every day to remove the dirt and keep them clean.

Taught by mistakes and setbacks, we have become wiser and handle our affairs better. It is hard for any political party or person to avoid mistakes, but we should make as few as possible. Once a mistake is made, we should correct it, and the more quickly and thoroughly the better.

Pleasure-seeking. In the Red Army there are also quite a few people whose individualism finds expression in pleasure-seeking. They always hope that their unit will march into big cities. They want to go there not to work but to enjoy themselves. The last thing they want is to work in the Red areas where life is hard.

We should be modest and prudent, guard against arrogance and rashness, and serve the Chinese people heart and soul…