Carl Jung and the Collective Mind 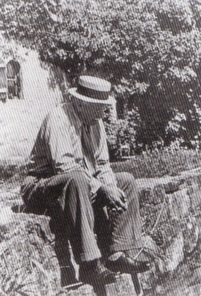 There is a distinction, a possible goal, beyond the alternative stages dealt with in our last chapter.  That is the way of individuation.  Individuation means becoming a single, homogeneous being, and, in so far as “individuality” embraces our innermost, last, and incomparable uniqueness, it also implies becoming one’s own self.  We could therefore translate individuation as “coming to selfhood” or “self-realisation.”

The possibilities of development discussed in the previous chapters were, at bottom, alienations of the self, ways of divesting the self of its reality in favour of an external role or in favour of an imagined meaning.  In the former case the self retires into the background and gives place to social recognition; in the latter, to the auto suggestive meaning of a primordial image. In both cases the collective has the upper hand.  Self-divestiture in favour of the collective corresponds to a social ideal; it even passes for social duty and virtue, although it can also be misused for egotistical purposes.  Egoists are called “selfish,” but this, naturally, has nothing to do with the concept of “self” as I am using it here.  On the other hand, self-realisation seems to stand in opposition to self-divestiture.  This misunderstanding is quite general, because we do not sufficiently distinguish between individualism and individuation.  Individualism means deliberately stressing and giving prominence to some supposed peculiarity, rather than to collective considerations and obligations. But individuation means precisely the better and more complete fulfillment of the collective qualities of the human being, since adequate consideration of the peculiarity of the individual is more conducive to better social achievement than when the peculiarity is neglected or suppressed.  The idiosyncrasy of an individual is not to be understood as any strangeness in his substance or in his components, but rather as a unique combination, or gradual differentiation, of the functions and faculties which in themselves universal…

Now in so far as the human individual, as a living unit, is composed of purely universal factors, he is wholly collective and therefore in no sense opposed to collectivity.  Hence the individualistic emphasis on one’s own peculiarity is a contradiction of this basic fact of the living being. Individuation, on the other hand, aims at a living cooperation of all factors.  But since the universal factors always appear only in individual form, a full consideration of them will also produce an individual effect, and one which cannot be surpassed by anything else, least of all individualism.

(Laszlo, De, Staub, Violet, The Basic Writings of CG Jung, (The Modern Library) 1993, Pages181-183 – The Relation Between the Ego and the Unconscious: Part Two; Individuation)