Direction of the BMA (UK) 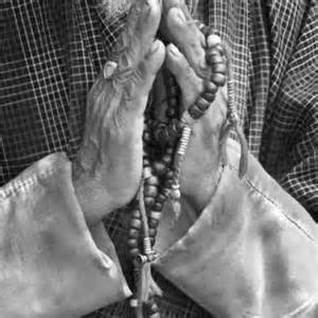 The BMA (UK) is a Member of the New Worker Supporters Group (NWSG), of the New Communist Party of Britain (NCP)

This is the campaign leaflet for the BMA (UK), please download, print and distribute freely:

Download File
The Buddhist – Marxism Alliance (UK) intends to demonstrate through education, that the teachings of Lord Buddha and Karl Marx are not antagonistic or contradictory, but rather highly compatible and very similar in both basic assumptions and outer structure. The BMA (UK) acknowledges that there has been in the past, and remains today, an ideological battleground for the heart and soul of Marxian thinking.  The works of Karl Marx are profound and often highly complex.  In reality Marx was neither a materialist nor an idealist as his intellectual output transcends this duality in exactly the same manner as the Buddha’s thinking does.  The BMA (UK) encourages the principle of self-empowerment through the use of the human mind.  It costs nothing to think and apply the mind, but such activity requires both discipline and strength.  Changing the mind by breaking out of the false consciousness is the most effective revolutionary act as it peacefully transforms society here and now.  In this regard the BMA (UK) encourages Marxists and leftwing allies to participate in the mental discipline of meditation, and for Buddhist to read the works of Karl Marx.

The BMA (UK) acknowledges that the Buddha gave up his life of luxury to live as a beggar in the wilderness and on the edge of towns.  Indeed, the Pali names that designate his monks and nuns – Bhikkhu and Bhikkhuni – mean just that ‘Beggar’.  These ascetics did not own private property (their robes and begging bowls are communally owned), and they gained their daily sustainence from alms rounds. Physical poverty was coupled with the clear thinking guidance of the Buddha as he taught his followers to discipline their minds and bodies, and to direct their thoughts.  The BMA (UK) advocates that anyone, despite their economic poverty associated with their life circumstance, can apply their minds in the act of self-discipline, and that this form of self-education, which is not dependent upon the auspices of an unjust society for its effectiveness, is the highest form of noble psychological and social activism.  The BMA (UK) advises that both lay and ordained Buddhists are equal in stature, and that the highest ideal of complete enlightment must be pursued regardless of physical circumstance.  The BMA (UK) acknowledges that individuals are not their circumstances.  Karl Marx, for the most part, lived in abject poverty for most of his life, as his meagre resources (often provided by his friend Friedrich Engels), were used to keep his wife and family, and to finance his lifelong academic study and writing in London. The mind of Karl Marx was extraordinary as it continued to function at a very high level of awareness despite the many and terrible conditions he had to endure.  He often had poor health, some of his children died of poverty related illnesses or disability, and his wife had to pawn their possessions to get enough money to eat.  The BMA (UK) advises that when the academic output of Karl Marx is read, it should be born in mind the physical circumstance this great work was produced within.  Both the Buddha and Karl Marx existed in impoverished states, and yet both men proved the effectiveness of their respective systems of thought, as each system facilitated the transcendence of physical circumstance.

The BMA (UK) acknowledges that individuals and groups can not be judged according to the accident of their existential circumstance, and that all beings posses the ability to change those circumstances for the better.  By carefully comparing Buddhist Sutras with the works of Karl Marx, it is obvious that both philosophies diagnose the inherently unsatisfactory and oppressive nature of the world as it exists in its untransformed and non-revolutionised form. The BMA (UK), through its website, strives to present relevant extracts of the teachings of Buddhism and Karl Marx free of charge to the general public.  The purpose of the BMA (UK) is to create an ‘articles’ data-base serving the function of philosophical comparative analysis.  The BMA (UK) is of the opinion that Buddhism creates the inner conditions suitable to the establishment of Communism in the outer world, and that study of the works of Karl Marx creates the conditions for Communism in the outer world, that facilitate the transformation of the inner mind.  The human mind is the key to understanding Buddhism and Marxism, as both the Buddha and Karl Marx ‘looked within’ and made extensive use of their respective intellectual capacities, and in so doing transcended the interpretive dichotomy that limits the assessment of life to the categories of ‘subject’ and ‘object’.  The psychological and physical chains of oppression and delusion must be thrown-off through self-effort!