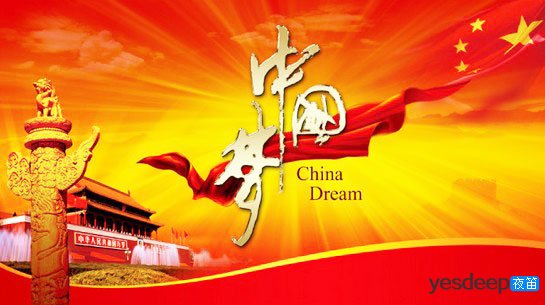 Translator’s Note:  The author of this text – Professor Wang Yi Wei – is an esteemed academic who is a senior research fellow of the Charhar Institute, with its headquarters in Hebeiprovince, and offices in Beijing.  The Charhar Institute was founded in 2009 and is one of the foremost independent (non-governmental) think-tanks in China today, specialising in East-West diplomacy in all its aspects.  Professor Wang has highlighted a list of ten misconceptions about China that are prevalent predominantly in the West today, although no. 8 appears specific to Asian countries surrounding China.
ACW 27.7.14

1)  China’s inspirational ‘vision’ (or ‘dream’) is nothing but Chinese wishful thinking.  Western thinking – either intentionally or unintentionally – has created the false impression that the ‘vision’ of China is only that of its government, and that the government stands in opposition to the Chinese people.  Certain foreign media outlets translate the concept of ‘China’s Vision’ (中国梦 – Zhong Guo Meng), as ‘China is Dreaming’ (中国的梦 – Zhong Guo De Meng), rather than the preferred rendering of the ‘Collective Vision of the Chinese People’ (中国人的梦 – Zhong Guo Ren De Meng).  This misconception states that the unrealistic and ‘wishful’ thinking of the government strives to achieve its objectives at the expense of the Chinese people.  This attitude is nothing other than a complete misunderstanding of modern China and its culture, and has no bearing whatsoever, upon the actual facts of the matter.

2) China’s vision intends to replace the American dream. The concept of the ‘American Dream’ (美国梦- Mei Guo Meng) is a very important underlying factor of US cultural power.  At the present time, the American dream, (and its European counter-part), is beginning to lose power and fade, whilst the vision of Chinais very much on the rise.  The West rhetorically attacks China’s success as a means to disguise its own failings.  As China’s underlying cultural power strengthens, the propaganda aimed at its success from the West, actually increases in its virulence.  This is particularly true with regard to Sino-USA relations, where America fears a dominant, and dominating China.  None of these Western assumptions are true.  China does not agree with one country dominating another, but prefers an egalitarian approach toward international relations.  Each nation must be allowed to equally pursue their own particular cultural vision without outside interference.  China has no intention of replacing the ‘American Dream’ with the ‘Chinese Vision’.

3) The Chinese vision is a new utopia.  Although in the West the term ‘utopia’ can be viewed in a positive light, within the Chinese language, ‘utopia’ refers only to an unattainable dream.  Certain foreigners advocate the idea that China as a country has regressed into the imaginations associated with Chinese religion – and has used these distractions to cover-up social failings and conflicts from the awareness of its own people.  This is a slander suggesting that modern China lives under the influence of ‘spiritual opium’, and its people can not distinguish ‘reality’ from ‘delusion’.  In fact, modern China is a secular country that emphasises the development of logic and reason amongst its people.  The modern vision of China clearly discerns between idealism and realism, and definitely does not make use of religious imagination as a formal political policy.

4) The vision of China has thrown away the ideals and doctrines associated with Communism. Certain foreign media outlets have wrongly assessed and interpreted the vision of China as being a product of bourgeois nationalism, and consequently have repeatedly made the false allegation that Chinahas abandoned the progressive path to Communism.  In fact, China is under the direct leadership of the Communist Party, and is a Socialist State. The enrichment of the people – through the redistribution of wealth – has already been established as a principle. This is the basic goal of any Socialist system.  The Chinese vision does not reject Communism; on the contrary, it is a product of Communism, and emphasises the building of a prosperous Socialism through the application of realism and logic toward state development.  As Communism advocates‘internationalism’, the vision of China can be applied to the development and happiness of all people in the world, as all people around the world dream of achieving a common prosperity.

5) China’s vision has abandoned reform because the reality of such a development has proven too heavy to sustain.  Certain people have vainly hoped that social reform across China will be too great a development, and that the Chinese vision will inevitably fail.  This likens China’s reform to the act of trying to cross a river whilst weighed down with heavy stones – eventually the individual will sink to the bottom – and nothing is achieved.  This viewpoint from the West sees all of China’s achievements so far as just superficial developments that lack substance.  In fact, China’s vision is generated within the mind, and is then enacted in the environment through physical labour.  As soon as the direction of the path is set, the foot sets out on the journey.  This is why China’s vision is committed to further and wide-sweeping reforms and the opening-up of the country.

6) China’s vision of establishing the principle of constitutional government is really the illusion of the development of Human Rights and Democracy.  In reality, so it is believed, China is only attempting to achieve the maximum consensus for its policies amongst the people through the exercise of coercion.  In fact, this mistaken and narrow view of China is the product of a lack of genuine knowledge and relevant cultural experience.  China’s vision is to continuously improve the life of people in all areas, and without exception.  This improvement over a broad area is not an easy task, and must begin from the realistic position of Chinese culture as it exists, and move forward from this point. Western notions of Human Rights and Democracy are not wrong in and of themselves, but local conditions in China must be taken into account.  Transforming traditional Chinese culture into Socialism will take a long time, and needs to occur slowly but surely.  Unnecessary haste is not possible in this matter.

7) The vision of China is really only about the aspiration to modernise at any cost. This is because Chinais behind the West, and wants to modernise to catch-up.  Some people in China want to ‘Westernise’ entirely, and abandon Chinese culture. In fact, Chinahas greatly modernised under her own steam, and in her own manner, over recent decades, and the number of successes are far too many to list here.  Suffice it to say that China has completely revolutionised her position in the world and her relationship with other countries.  It is clear that China recognises the validity of the Western model of modernity, but that the Chinese vision allows for other, equally valid models of modernisation that have emerged in other places upon the planet. China’s culture is of an equal value to Western culture, and is premised upon specific regional conditions.  Modern China is the product of Marxist Thought, and China is building Socialism with Chinese characteristics.

8) All that modern China is doing is trying to establish the glory of the former imperial era. Certain neighbouring countries perpetuate the lie that China is trying to re-establish the Han or Tang Dynasties as a means to rule the world.  Implicit in this mistaken view is that China is trying to re-establish the ‘tributary system’. This misunderstanding, (which sees China as a military and cultural threat), is often used to describe any and all attempts of China to modernise and has no basis in truth. In fact, China’s traditional culture and civilisation are ancient, but China’s modern vision has far-reaching implications for the development and revival of civilisation, and is not limited to the mimicry of the past.  It is through sustainable development that China’s vision seeks to revive and transform human civilisation into a higher form.  The vision of China is premised upon the transformation of the essential concept of Chinese civilisation.  This is a progressive developmental process that is being undertaken from the perspective of China’s ancient cultural heritage, but which is forward looking and not backward looking.  China has left feudalism far behind.

9) China’s vision is really a dream of world domination. This misconception equates the modern vision of China with an attempt to dominate the world.  In fact, China’s vision transcends these outdated feudalistic and imperialist notions, and works entirely from the premise of working for the betterment of humanity.  China’s vision seeks to transform the internal cultural conditions of China for the betterment of the people, using reason and logic in a pragmatic manner, so as to build the road to Socialism that has Chinese characteristics.  The only influence this can have in the outer world is the building of a greater democracy between nations, and that a peaceful and harmonious world is achieved through progressive international relations.

10) China’s vision is really the dream of nationalism. Certain media outlets have speculated that China’s vision is really a matter of establishing a dominating nationalism. This misconception is essentially accusing China’s modern vision as being racially motivated.  In fact, China’s dream acknowledges the equal status of all nations, and recognises that the dreams and aspirations of each country are of an equal worth.  There is no exclusion or discrimination within China’s modern vision.  China is a Communist country that will help all countries without exception, attain their dreams and aspirations.

In summary, China’s modern vision is premised upon ancient Chinese culture as it is transformed by the Chinese people, through the auspices of Marxism.  These three constituents – the vision of China, Chinese culture, and the Chinese people – are essential for the building of Socialism in China.  The object is to develop a national identity through the pursuance of modernisation in the Socialist model.  Part of this developed identity, is the right of Socialist countries to pursue a common prosperity in the world.  China’s emerging national identity seeks to democratise China’s vision, China’s culture, and the Chinese people through peaceful and progressive international relations.  This means that through China’s perceived multiple identities in the world, multiple types of development will spontaneously occur.


Please follow this link for the original Chinese text.