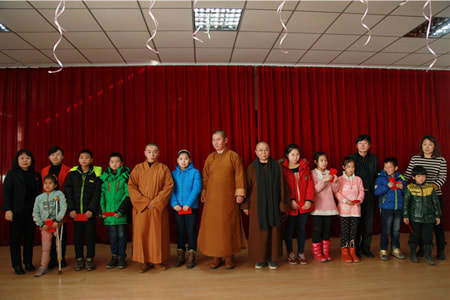 Translator’s Note: The Korean Peninsula has had a long history of cultural and political association with China. Although today Koreans may be described as ethnically and culturally distinct from the culture of Han China – this has not always been the case. Since the end of WWII and the annexing of South Korea by the United States – Eurocentric racism and (capitalistic) Christianisation has crept into the equation, creating a false dichotomy between North Korea, South Korea and China proper. The Communist State of North Korea has also pursued its own path of development, and distinguishes itself from capitalist South Korea and Communist China. However, around 2 million ethnic Koreans live in the Yanbian Korean Autonomous Prefecture of Jilin province. This area was established in 1952 by Mao Zedong’s Communist Party of China in recognition that Chinese-Koreans had fought bravely against the 1931 invasion of Manchuria, and had mostly supported the CPC in its War of Liberation (1946-1949) against the Western-backed fascist forces of Chiang Kai-Shek. According to Chinese language sources, ethnic Koreans have been migrating into northeast China since at least the end of the 17th century, and have been allowed to establish their own schools, culture and language – although Chinese-Koreans have also voluntarily chosen to learn the Chinese language. There are now direct rail links to both Russia and North Korea which sees people travelling freely between these destinations. Of course, English language references about this place (such as wiki) are notoriously inaccurate and present a false picture of the area. Chinese-Koreans are settled and very happy. They are not generally interested in the US colony of South Korea – but do routinely travel in and out of North Korea.
(ACW 14.8.2017)
Buddhism Online News recently carried a story from China’s northeastern Jilin province, reporting that the President of the (Jilin) Yanbian Korean Autonomous Prefecture Buddhist Association  – Dharma Master Ming Kuan (明宽法师 – Ming Kuan Fa Shi) – together with Dharma Master Yan Tian (衍天法师 – Yan Tian Fa Shi) – President of the Yanbian Korean Autonomous Prefecture Buddhist Loving Kindness and Meritous Activity Association – as well as around 30 followers and supporters, carried-out merit-making and other charitable works in the area.

This group was accompanied by Han Xiu Ri (韩秀日) – the Secretary of the Dragon City (龙市 – Long Shi) Council – as they visited a local Primary School in the area to carry out compassionate activities to alleviate poverty. The Dragon City Buddhist Association donated 10,000 Yuan to be divided amongst 10 of the poorest students. On this occasion, Master Yan Tian stated:

‘The children of our motherland carry all our hopes and dreams for a progressive future. As responsible adults, it is our social duty to treat all children with compassion, understanding and consideration, and to provide each child with everything they need to grow and to prosper. In return for this comprehensive care, I request that all children learn to understand and appreciate the love, care and attention they are given by the adults, and aim to study hard, learn well, become good adults and in turn assist the next generation of children to develop and grow. Moreover, (Communist) China needs you to develop all your psychological and physical abilities to their greatest extent, so that you can be a great and tremendous asset to the nation (as private citizens and public figures). It is important to understand that the basis of (Socialism and) Buddhism is compassionate concern for one another’s development and welfare, as well as loving kindness between the individuals (and other creatures) that comprise a civilised society.' 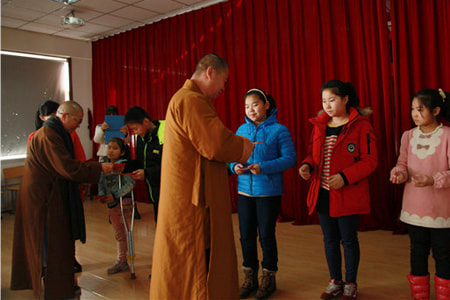 All that were present were deeply moved by this speech that presented Socialist pragmatism and Buddhist compassion and loving kindness as emerging from a common root of progressive development. The Principal of the New East Primary School expressed his sincere gratitude and appreciation for the presence of the Buddhist masters and their followers, particularly in light of their mission of compassion and loving kindness. After the two Buddhist masters performed the appropriate ceremonies to grant blessings and understanding, they spoke to everyone present and built good associations and friendships for future interactions between the secular Socialist State and the Buddhist establishment.

After these events, further visits were planned for merit making in various other areas of the Dragon City – including helping the disabled (adults and children), orphans, widows, the elderly, those with troubles, and anyone in need of assistance for whatever reason. This would include visiting nursing homes, sports centres, friendship associations, and many other cultural groupings. With assistance from the Communist government of China, as well as local government and other charitable associations, money was made available to be distributed to all these people at the auspicious time of Chinese New Year.