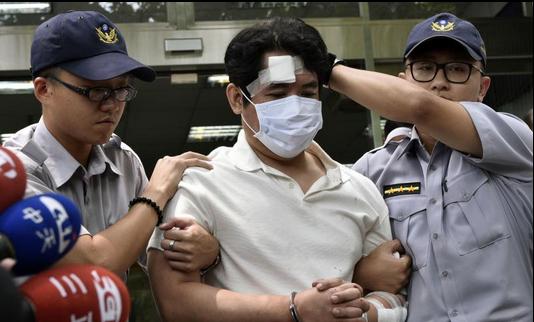 Translator’s Note: I first read a very brief account of this story in the British Morning Star Newspaper (August 19/20, 2017 – Page 7), and decided to seek-out a Chinese language source article. The extant English language versions are incorrect because they are incomplete. This phenomenon is part and parcel of the Eurocentric habit of continuously misrepresenting China, and presenting the news in a manner that is both ‘mystical’ and ‘maniacal’. The reality is quite different, and despite obvious ethnic differences – modern China (and Taiwan for that matter) is no different to the West. The story presented below is complex and needs to be carefully laid-out bit by bit. Following the defeat of Nationalist regime of Chiang Kai-Shek in the War of Liberation (1946-1949), Nationalist forces (backed by the US) invaded and annexed the island of Taiwan – massacring many of its indigenous population that was loyal to the Communist Movement on the Mainland of China. The ‘Republic of China’ was a brutal dictatorship up until the 1980’s – pursing the so-called ‘White Terror’ – which saw thousands of Chinese men and women rounded-up and executed without trial because they were ‘suspected’ of supporting the Communist Party of China. The US government turned a blind-eye to these atrocities on Taiwan until President Jimmy Carter formally acknowledged the People’s Republic of China as actually representing the Chinese people at the international level, and relegated Taiwan to the status of an apparent ‘independent’ part of China. The Communist Party of China disagrees with this viewpoint. Taiwan is not – and never has been – an ‘independent’ part of China, but is designated an ‘unruly province’ that is currently permitted to operate under a different system to the rest of China. The CPC has made it clear that should Taiwan formally declare ‘Independence’, the People’s Liberation Army (PLA) will quickly ‘liberate’ the island, whilst the People’s Liberation Army Navy (PLAN) will eradicate any ‘foreign’ threats in the surrounding water. Finally, Taiwan was a colony of Imperial Japan for 50 years prior to 1945 – and the implication in the following story is that the current ‘Nationalist’ government merely represents a continuation of this ’fascistic’ presence.
(ACW 20.8.2017)
​The Liberty Times has reported that a 51 year-old unemployed man named ‘Lu Junyi’ (吕军亿), used a hammer to break into the Taipei Military History Museum during the morning of the 18th of August, 2017, where he stole an antique (WWII) samurai sword. Then around 10:15hrs, he then scaled the wall of the Presidential Palace (situated between Taipei’s Chongqing South Road and Bo'ai Road), where usually the President of Taiwan – currently Madam President Cai Yingwen (蔡英文) – often resides. It is unknown whether President Cai Yingwen was in residence at the time, and it is unclear whether she was the intended target of the attack. However, Lu Junyi was challenged by an armed Presidential Palace Guard and was eventually over-powered by the other Guards present – but only after inflicting non-life threatening cuts with the sword to the Guard’s head and neck. 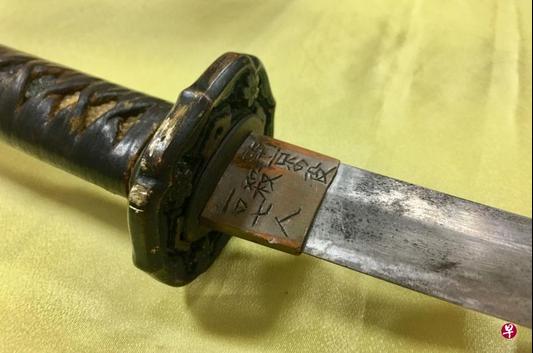 The Japanese samurai sword in question carries the inscription ‘南京之役杀一〇七人’ – which translates into English as ‘Nanjing Campaign – Killed One Hundred and Seven People’. This is a Japanese relic of the infamous Nanjing Massacre – where hundreds of thousands of Chinese men, women and children were murdered during ‘head-chopping’ competitions carried-out by the occupying Japanese Imperial Army. Japanese Officers took it in turns to see how many people they could behead in a set time-span – whilst the Japanese media was present to photograph and record these events. This sword was captured in the winter of 1945 by the Baggage Battalion of the Kuomintang 16th Army (of the 22nd Division), commanded by Yu Hongcheng (余鸿成), who had been ordered to Ding County in Hebei province to take the surrender of a Cavalry Brigade of the Japanese Imperial Army. A Japanese liaison officer handed over 10 samurai swords – one of which had been used during the Nanjing Massacre – exactly the same sword used in the recent attack in Taiwan.
When arrested, Lu Junyi was found to possess a red, five star flag in his bag – the ‘Communist’ flag of Mainland China. He said that he was acting under his own volition, and that he had explained his political position and intentions in the suicide note he had made, as it was his wish to have been killed in the attack. 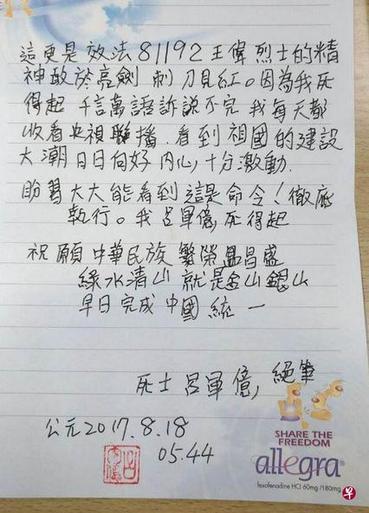 The note states that Lu Junyi’s heart is excited to think that one day the island of Taiwan will be re-united with the ‘motherland’ (i.e. ‘Mainland Communist China’), and that it is implied that when the ‘foreign’ capitalist system is finally uprooted out of Taiwan, a unified Chinese nation will develop an ever greater prosperity. Lu Junyi further stated that he was attacking the Taiwanese Government with sword and bayonet to draw blood for the revenge of the April 1st, 2001 death of the 32 year old People’s Liberation Army Naval Airforce (PLAN) Flight Squadron Leader - and fighter-pilot - Wang Wei (王伟) – who was killed through US Navy Airforce military action, whilst flying a J-8 Fighter (Number 81194). Wang Wei’s plane was ‘struck’ by a US Navy reconnaissance plane – and fell into the sea – killing Wang Wei. This happened over Hainan island – part of China’s airspace – but the US government refused to apologise – and actually rewarded the US pilots concerned. Lu Junyi was careful to sign and date the suicide note clearly and correctly – and even went as far as using an ‘official’ seal.