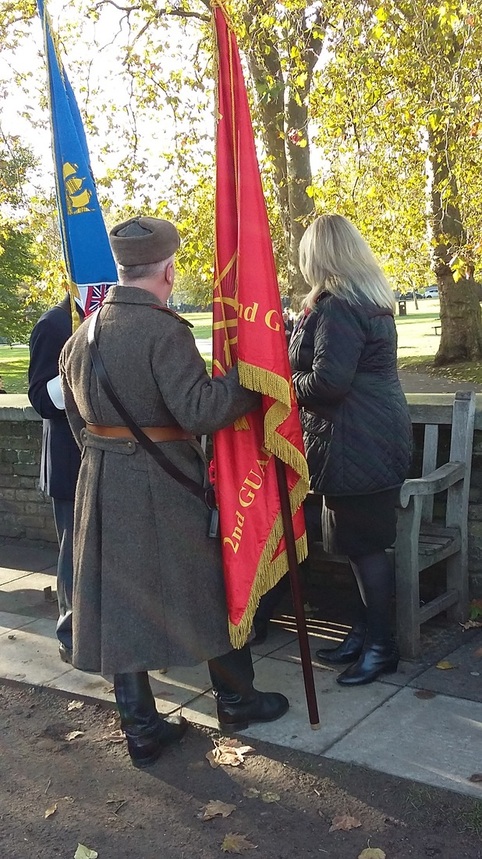 A delegation of the BMA (UK) visited the Soviet War Memorial situated in the grounds of the Imperial War Museum today, to pay their respects to the 27-40 million Soviet men, women and children who died during the Great Patriotic War (1941-45).  By extension, as this solemn ceremony falls on Remembrance Sunday, all the victims of every war are also remembered with respect, and of course, sadness.  Around one hundred and fifty people attended the Soviet War Memorial, many representing British Veterans that served alongside the Soviet Armed Forces during WWII, as well as a number of Soviet Veterans, together with British and Russian officials, politicians, and interested members of the public.  After a brief history of this catastrophic and genocidal war in the USSR, wreaths were respectfully laid at the foot of the monument – that was guarded throughout by two flag bearers.  Those laying wreaths included Veteran Associations and various branches of the British Communist Movement.  The diplomatic representative from the Russian Consulate had the unenviable task of attempting to try and interpret Russia’s descent into capitalism (and away from Socialism), as some kind of ‘progressive’ event, when recent history has shown that the abandonment of Socialism was not only regressive in every sense, but a tragedy for humanity equal to, or greater than, the Nazi invasion of the USSR. 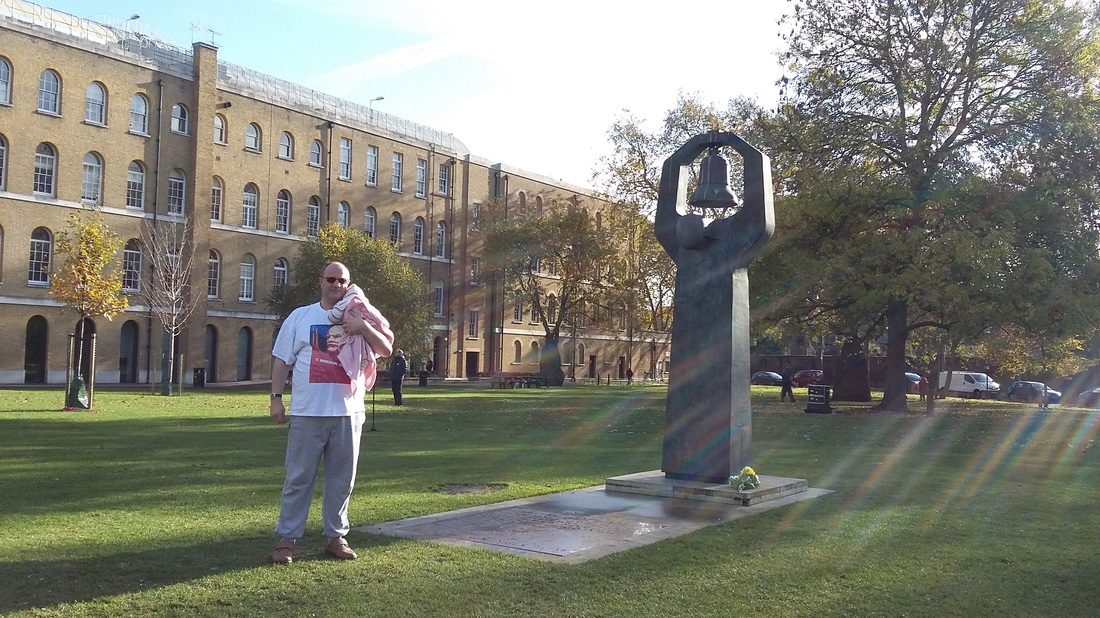 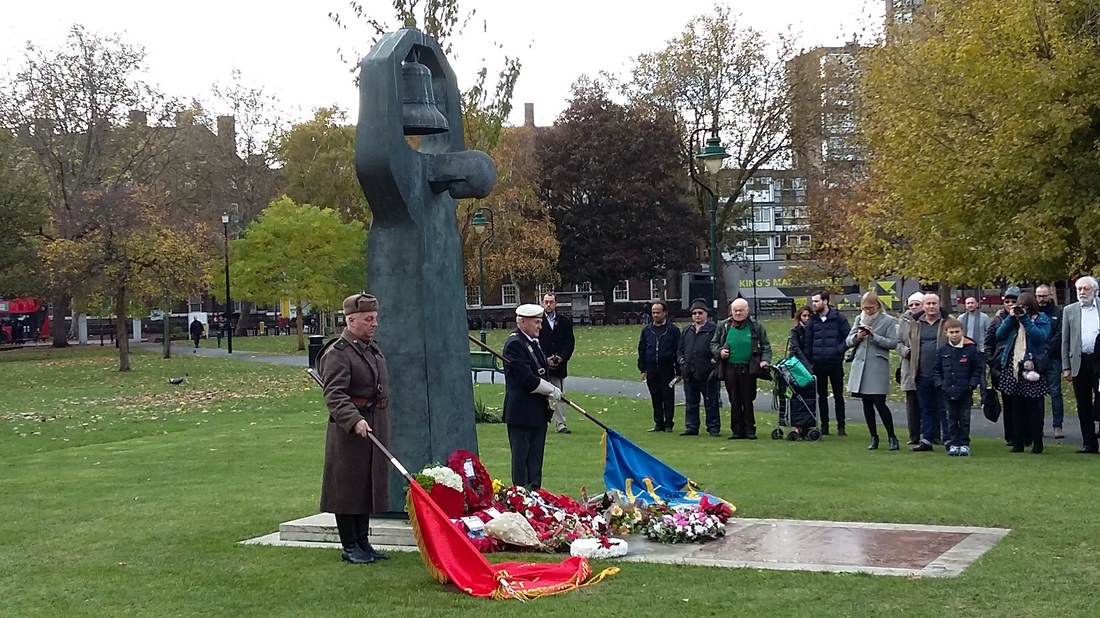