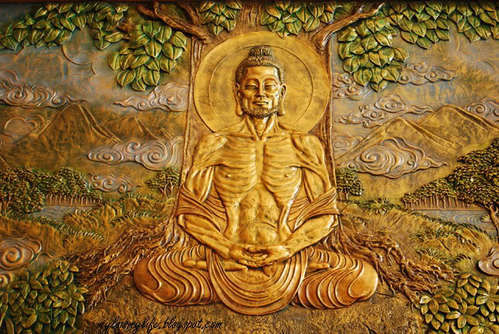 Humanity has always created demarcations throughout the year based originally upon the plenitude or scarcity of food, and later on the cycle of the seasons for farming.  Due to the use of superstition as a means to explain naturally occurring phenomena, theistic religions were invented in the human mind as a means to divert fear of the unknown.  Of course, although based upon sentimentality, and in that limited sense comforting, such beliefs had no affect upon the environment, cycles of nature, or the prevention of naturally occurring catastrophes such as illness, famine and drought, etc.  Praying to a psychologically created theistic construct achieved nothing other than the mind talking to itself, whilst suffering under the illusion that it is talking to an objective divine being.  This divine being (or beings) never answers prayers because it does not exist outside the mind.

The Buddha was of the opinion that theistic entities only exist in the mind of the deluded and this is why they can not help humanity gain enlightenment.  When enlightenment is gained – or as Marx asserted – ‘true self-consciousness’ is realised, then the Buddha teaches that belief in supernatural entities dissolve back into the psychic fabric of the mind from whence they came.  The true mystery of life is not found in the inverted psychology of theistic belief, but rather in the fact that the human mind has the capacity to continuously evolve beyond its present function, or understanding and in theory has no conceivable limit to its progress and advancement.  Theistic religion is a cognitive cul de sac that goes nowhere, but continuously infects one generation after the next, polluting the mind and preventing advancement.  A religionist may spend their entire life‘learning’ this restrictive theology until the natural process of aging and death takes its toll.  The Buddha advocated training (and evolving) the mind here and now as death is an ever present possibility, and individual human life is both fragile and unpredictable.

Theistic religion was once suitable to the emerging intellect of humanity, but is no longer suitable for an advancing species.  Modern humanity benefits from science, technology, medicine and the internet, and no amount of praying will save the life of a relative, or produce space travel, or the latest breakthrough in the fight against human disease.  The Buddha denied the validity of theistic belief and advocated mental development and discipline (behavioural modification) as a means of over-coming alienation.  The Buddha taught non-identification with thought (i.e. non-attachment), and can not be considered ‘idealistic’, and he criticised certain types of materialist thinking prevalent in his day, and can not be called a ‘materialist’.  Karl Marx advocated the study of the physical circumstances humanity finds itself within, (i.e. historical materialism), but as he fully acknowledges the existence and functioning of human consciousness, he can not be termed a gross materialist. Marx wrote often about human consciousness, and stated that when consciousness is inverted, (i.e. deluded), it can not perceive things as they actually are, and falls into the error of religiosity.  However, as Marx denied the validity of philosophies that limit the interpretation of the world to a set of thoughts, or thought constructs, (i.e. attachment to thought), he can not be called an‘idealist’, or ‘ideologue’.  The Buddha and Karl Marx are teaching from an identical philosophical perspective that denies the validity of the ‘materialist’ and ‘idealist’ positions in relation to the assessment of the human condition.  Both tread a ‘middle way’ that embraces and fully explains the extremes of human existence, integrating them in the centre that knows no limitation, and which does not resort to primitive religiosity to explain naturally occurring phenomena.