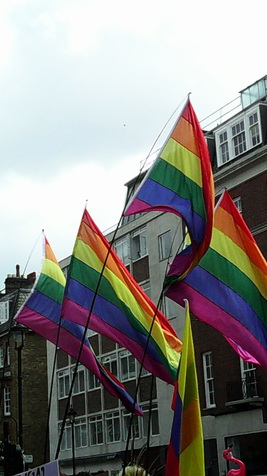 On Saturday the 27th of June, 2015, a delegation from the (London area) of the BMA (UK) attended the London LGBT Pride Parade that started in Baker Street and concluded in Whitehall.  Tens of thousands of people attended this special event that is designed to represent and celebrate the presence of Lesbian, Gay, Bisexual, and Transgender (LGBT) people that live in – and positively contribute to - every society throughout the world.  This is why LGBT Pride marches happen annually around the world and are intended to breakup prejudice, and encourage harmony:

Straight people show their solidarity with the LGBT community by coming-out onto the streets and actively supporting the parade as spectators.  Many others assist the LGBT community with the carrying of flags and banners (depicting the rainbow nation, different countries, trade unions, and the names of various groups or professions, as well positive gay-friendly religious messages), and through the operating of the many brightly coloured carnival-type floats, and in the case of Trade Unions, through the driving of the many brightly decorated double-decker buses that serve as representations of the workers - as the parade itself meanders slowly through the streets of London to the loud cheers of support from the thousands that line the street.  As the members of the BMA (UK) delegation were members of Unite the Union – they marched for two hours in front of the Unite Bus: 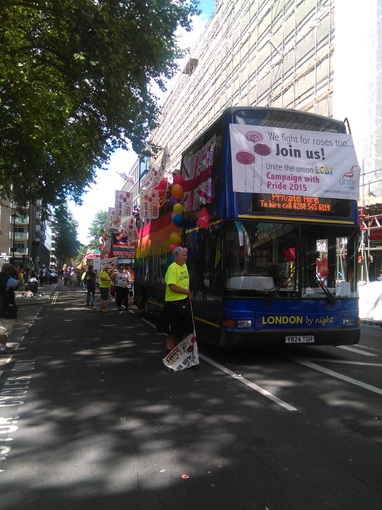