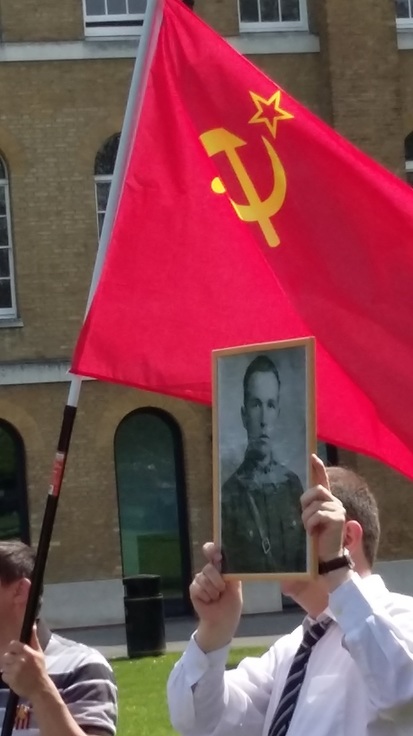 DEDICATED TO THE SOVIET PEOPLE WHO LED
​THE WORLD IN WORKING CLASS REVOLUTION
​AND DEFEATED FASCISM AT A TERRIBLE PRICE! 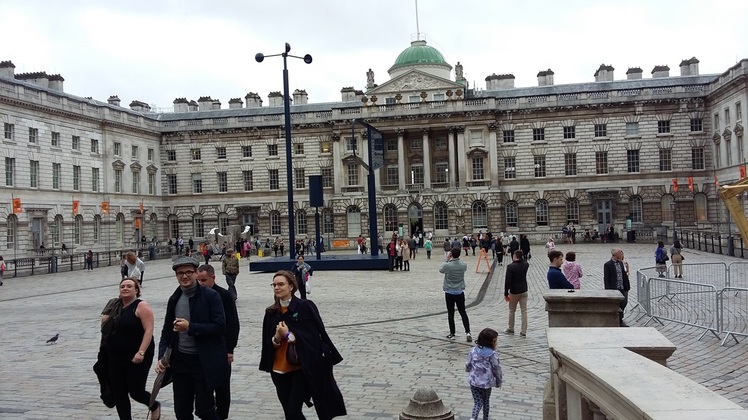 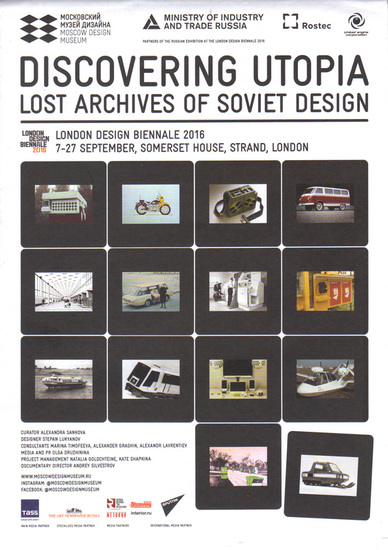 A delegation representing the Buddhist-Marxism (UK) Alliance visited Somerset House today (10.9.2016), to make a photographic record of the Soviet exhibition devised by the Moscow Design Museum.  The Union of Soviet Socialist Republics (USSR) covers the time period 1917 – 1991, and marks one of the greatest and progressive epochs in the history of the developmet and evolution of humanity, the world has ever known.  Founded by Lenin (and the Bolshevik Communist Party he led), and inspired by the theory of Scientific Socialism (as developed by Karl Marx and Frederick Engels), the ideology of the USSR sought to uproot and eradicate the ‘inverse’ bourgeois mind-set (that viewed reality the wrong way around), and which was the underlying and guiding principle of a ruthless and predatory capitalism (that split the world into competing classes that saw the proletariat doing all the work in poor conditions, whilst the Bourgeoisie controlled society and took all the profits of this labour for its own benefit).  The Soviet Communist Revolution put an end to society being controlled by theology, (or a historical idealism that assumed that physical matter was created as ‘an act of will’ by a theistic-entity), and replaced it with a progressive proletariat mind-set that saw the human mind used the right way around.  This non-inverted mind-set understood that the physical world was not the consequence of gods creating matter out of thin air, or of talented individuals creating, dissipating or displacing matter simply by choosing to do so, but was rather the clearly observable consequence of a chain of cause and effect events, manifesting in the material world.  Marx referred to this understanding as ‘historical materialism’. 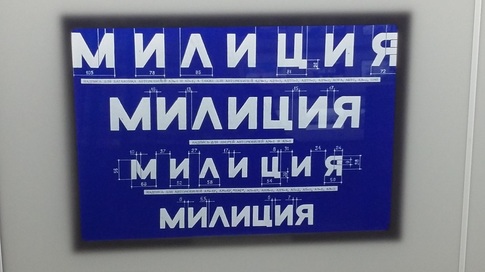 Reality, according to Marx, cannot be reduced to the interior of an individual brain (idealism), operating within a single skull, but is in fact the product of concrete causes leading directly to equally concrete effects manifesting in the physical world, fuelled by dialectical (class) antagonisms (materialism).  When the working class is permanently ‘freed’ from living in the state of oppression, and takes power from the bourgeoisie, (as happened in Russia in 1917), then that class takes over the means and forces of production throughout society, and is ample to start afresh, using the human mind in an entirely ‘new’ and ‘refreshing’ manner to that of the greed-infested and selfish bourgeoisie.  Instead of being hemmed-in by the concerns of exploitative capitalism with its perpetual search for profit, the proletariat mind-set is able to harness the progression of science without ideological constraint, and through the use of an enhanced imagination, seek-out and create new designs for technology that permeate the entirety of society, and which are premised on making life ‘better’ for every citizen.  This is effectively the application of the Communist ideal of ending all suffering and exploitation throughout society through the use of ‘futurism’, or the principle of formulating in theory new ways of doing things (a process unencumbered by convention), and striving to advance science as it exists today, to meet the new ‘imagined’ designs of tomorrow.  Imagination in this progressive sense, is not that associated with theology, but is rather a speculative use of the cause and effect of science (historical materialism), and the theorising without limit of how things could or might develop, given the right or appropriate creative stimulus. 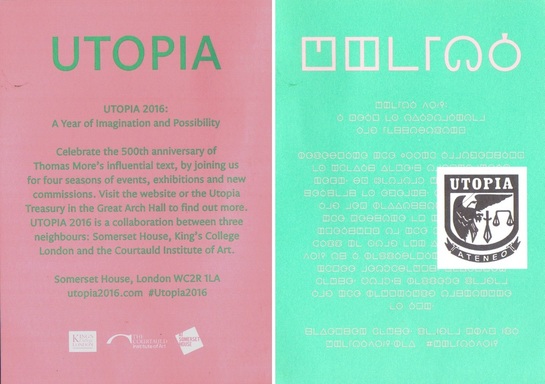 The Moscow Design Museum was founded in 2012 and charged with assembling and preserving a Soviet Era Archive that records Communist technological endeavour in both theory and practice.  This exhibition is currently being held in London at the West Wing of Somerset House, and is comprised of hundreds of black and white, and colour photographs mounted on a lighted background, with videos projected onto the wall featuring subtitled interviews with former Soviet scientists, designers and other innovators of the era.  Usually a single Russian administrator from the Moscow Design Museum over-sees the room, and is tasked with explaining each and every aspect of the exhibition to those attending.  Of course, the USSR was far advanced than its capitalist counter-parts, so much so, that at different times in history between 1960’s and the 1980’s, France and Italy collaborated with a Soviet system both country’s officially opposed, to better the design of products manufactured in the West.  It was implicitly acknowledged that the capitalist system was limited by its need to keep manufacturing prices down, whilst simultaneously attempting to manufacture a product that the exploited masses wanted to consume. 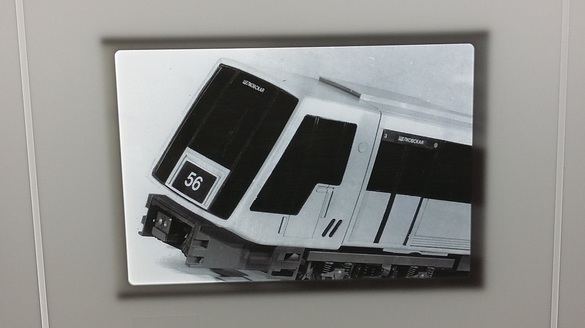 The Soviet system did not suffer from this limitation, but instead created goods and devices that were made entirely with the well-being of the Soviet citizen in mind.  It is interesting to note that many Soviet innovations were ‘integrated’ into Western capitalist designs (making the products immeasurably more sellable), without ever acknowledging (in public) the Soviet contribution, as this would have undermined and contradicted the anti-Soviet rhetoric of the US-inspired ‘Cold War’.  The middle of the room contained cardboard chairs which were lightweight, and yet very strong.  These were developed in the USSR to accommodate large meetings of people – such as government officials – in a manner that did not unnecessarily absorb valuable resources, or descend into the bourgeois excess of pointless self-indulgence or self-aggrandisement. 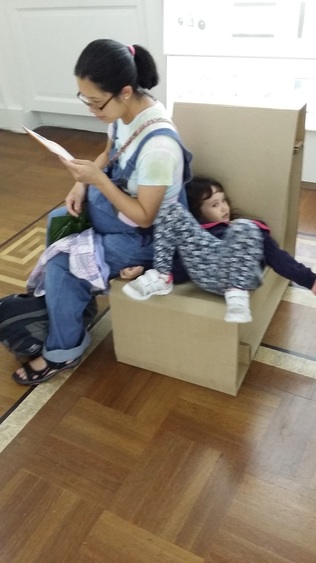 As modern Russia strives to come to terms with the collapse of the USSR coupled with the continuous anti-Russian racism emanating from the US and the EU, the message is clear – when the mind operates the right way around there exists a natural and advanced science that not only brings order out of chaos, but develops that order beyond the limits of bourgeois hypocrisy. 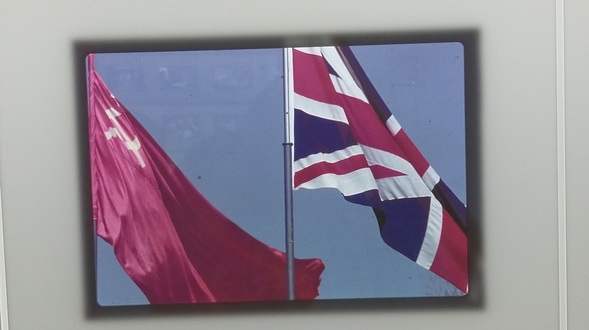 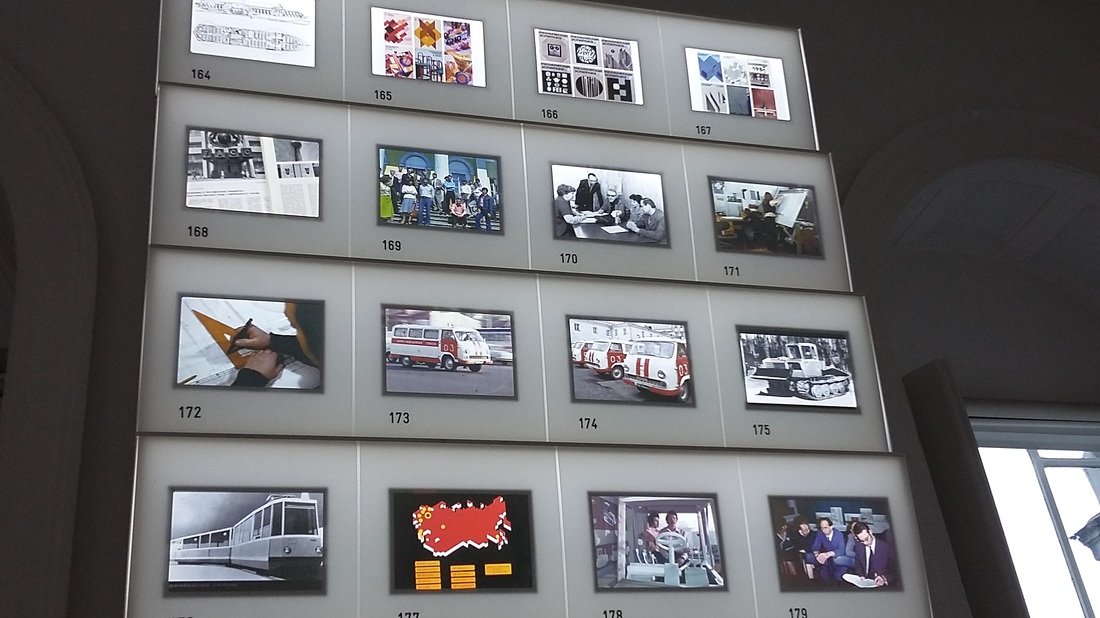