Buddhism as a Political Counter-narrative 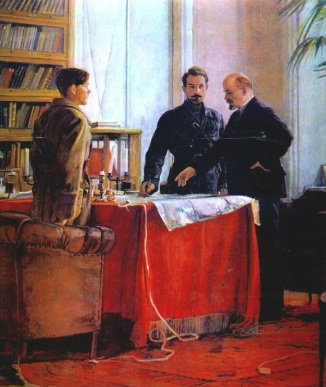 In the bourgeois West, Buddhism is deliberately packaged and presented as a ‘fluffy’ and benign approach to spiritual development, which only requires a vaguely periodic access to a meditation cushion (available in many different designs), and a photograph of a preferably Tibetan Buddhist monk ‘grinning’ from ear to ear.  Armed with these necessities of fetish, the bourgeois Buddhist can find a few minutes each week to assume a seated meditation posture (relevant to maintaining comfort, of course), and enter an intellectual process of thinking about what exactly this mysterious Eastern teaching might actually be about, and why it is so popular in the West at the moment?  After performing this ritualistic introversion, the bourgeois Buddhist goes about his or her day, and pays absolutely no attention whatsoever, to the socio-economic conditions of the society within which they live, and ironically remain unaware of the oppressive psychology it produces – the very oppressive psychology they uphold and exist within every moment of their life. Is this genuine Buddhist practice, or just another bourgeois sham?

When socio-economic conditions become reasonably well developed and advanced within capitalist society, the bourgeois (middle) class is fully benefitted in every way, at the deficiency of the working class.  This creates a certain ‘freedom’ of sorts for the bourgeois, within the context of capitalist liberalism; a socio-psychological space (otherwise termed ‘leisure time’) within which the bourgeois can indulge their whims and fantasies free of the need to work for wages.  Of course, this ‘freedom’ is not ‘free’, but is an oasis of illusion existing firmly within the ruthless and exploitative capitalist system.  Should the socio-economic situation dramatically change for the worse, this bubble of apparent ‘free choice’ collapses in on itself, and the leisure time the bourgeois hitherto enjoy, shrinks or completely disappears – along with their Buddhist ‘practice’!  This socio-economic bubble allows for the privileged within society to pursue their interests as mere fetishes, and reduce and equate all other measures of advancement, development, and self-worth, to the essence of this structure.  In other words, only the affluent middle class can afford to hold meditation retreats when others have to work, in vast country houses presented as ‘retreats’. The ‘equanimity’ and ‘tranquillity’ associated with Asian or Eastern Buddhism, (which is achieved psychologically only after many years of authentic meditative practice), is conflated with the relative freedom experienced within the physical space through which this socio-economic bubble manifests.  Being relatively free from the need to work hard for a living is neither ‘equanimity’ nor ‘tranquillity’ in the Buddhist sense of the terms.  Within the context of bourgeois existence, this is simply a matter of a physical space that has been historically created by the collective efforts of the working class, as they are exploited by those classes above them. The freedom to enjoy this relatively ‘free space’ by the minority is ensured by the effort and sweat of the majority.  As a historical construct, it is transient and unstable, and liable to pass in and out of existence depending upon the state of the economy.  This is bourgeois Buddhism – a socio-economic state misinterpreted and misrepresented as a form of psycho-physical development.

The bourgeois commandeer various aspects from other cultures for their own entertainment, and in so doing, distort and disparage that which they co-opt into their lifestyle of leisure. Essentially, Buddhism is more or less stripped of its truly ‘Asian’characteristics and concepts, and is reinterpreted through the historical mind-set of the West, which has been dominated by the Judeo-Christian tradition and its theology.  Although many bourgeois convince themselves that they have embraced a ‘foreign’ religion, or philosophical path as a means to defer or reject the Judeo-Christian tradition, what they do not realise is that all they are doing is transferring a secularised Judeo-Christian theology onto their perceived notion of ‘Buddhism’.  This is, in effect, perverting Buddhism and altering its fundamental structure.  Buddhism as a non-theistic, philosophical path of psycho-physical development, is transformed into just another version of the Judeo-Christian tradition, and through the auspices of the strength and power of European culture, is continuing the imperialist mission of demeaning, devouring, and destroying anything ‘different’ that it encounters.  This behaviour is like that of a virus that insidiously attacks and destroys everything that it comes into contact with, simply for its own survival and perpetuation.  The Buddhist concept of ‘enlightenment’, which is only the optimum functioning of the human mind, is inverted and becomes representative of a mystified ‘god concept’; something to seek that lies in the very distant future, and which can not be proven as existing ‘here and now’. The Buddha, in his turn, is changed from a human being whose physical body, (just like everyone else’s), is subject to disease, old age, and death, into a divine presence on earth – an Indian Jesus Christ no less.  The Buddha, as Jesus, is not only the son of Suddhodana– his real flesh and blood father – but as the physical representative of enlightenment on earth, he is also the assumed ‘son of god’, and his purely psycho-physical teachings, morphed into a mysterious theology.  Buddhist retreats for the bourgeois, that is leisurely weekends in the country, are of course a mimicry of the behaviour of medieval Christian monks, which attempts to recreate their often very strict lives, which were pursued within monastic walls.  Unlike their medieval Christian monastic counter-parts, however, the modern bourgeois ensure that all existential circumstances are conducive to their physical and psychological well-being.  These jaunts to country retreats minimise suffering and maximise bourgeois notions of comfort.

The modern bourgeois, through their simplistic but otherwise insidious notions of leisurely enjoyment ensure that the underlying issues contained with Judeo-Christian theology are perpetuated with a modern and post-modern setting.  More than this, however, they remain by and large completely ignorant of the exploitative cultural paradigm they pursue as both individuals and as a class.  It is this total lack of ability to subjectively perceive their own predicament, which is the basis of all criticisms of the bourgeois and their pursuance of Buddhism as a mere class fetish.  As the bourgeois control the media, it is this ‘fetish’ Buddhism that is continuously perpetuated and disseminated throughout the Western world, whilst ignoring, demeaning, or racially attacking the correct Buddhism as practiced by Asian migrant populations in the West, and Westerners who have ‘truly seen through’ their own cultural (and class) predicament.  Westerners who interpret and apply Buddhist philosophy correctly are not targets of the criticism aimed exclusively at the bourgeois.  Westerns who free their minds from the tyranny of historical conditioning through the correct use of Buddhism, can no longer be limited to notions such as ‘Westerner’,or indeed ‘Buddhist’, as all contrived psychology and class bias has been swept away and replaced with a perpetually revolutionising mind-set.  This is exactly the same situation for anyone who practices Buddhism from any culture or class – Buddhism transcends historical conditioning, but the bourgeois like to keep it firmly within their class interests.  The bourgeois also have the tendency to claim that Buddhism has nothing to do with revolutionising society, and is only concerned with what only can be interpreted as a narcissistic form of highly limited psychotherapy, that boosts the ego of class interest, rather than transcends it.  This is incorrect on two counts.  Firstly the Buddha fundamentally dismissed, discarded, and deconstructed the physical and philosophical worth of the political, social, and religious culture within which he lived.  The caste system was racist, and was kept in place by a caste of professional priests who perpetuated a lie about a religious basis for its existence. The Buddha clearly states time and again that Brahmanism is illogical and society was premised upon a product of non-truth, or ignorance perpetuated through social and cultural constructs. The Indian people were both mentally and physically enslaved through historical conditioning.  This is the essence of revolutionary Buddhism, which when applied to the West, must be used to ‘see through’ all Western social constructs without exception.  This is Buddhism as counter-culture.  Secondly, it is incorrect for the bourgeois to use Buddhism to maintain Western cultural constructs that are thoroughly corrupt from top to bottom, and which are premised upon human greed and ignorance.  All the bourgeoisie are doing in reality is applying Judeo-Christian conservatism to their misinterpretation of Buddhism, and this enables them to participate yet another fantasy of their own making – a fantasy they call Buddhism. Buddhism that loses its revolutionary essence loses its entire justification for its existence.